For your viewing convenience, the 2020 World Congress on In Vitro Biology Virtual Pre-recorded Meeting Final Program, Posters and Abstracts are available below been provided. 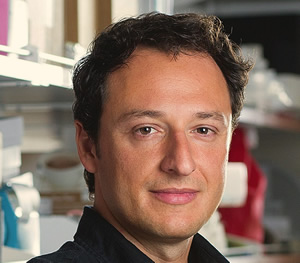 Dr. Muotri earned a BSc in Biological Sciences from the State University of Campinas in 1995 and a Ph.D. in Genetics in 2001 from University of Sao Paulo, in Brazil. He moved to the Salk Institute as Pew Latin America Fellow in 2002 for a postdoctoral training in the fields of neuroscience and stem cell biology. He has been a Professor at the School of Medicine, University of California in San Diego since 2008. His research focuses on modeling neurological diseases, such as Autism Spectrum Disorders, using human induced pluripotent stem cells. His lab has developed several techniques to culture human neurons and glia for basic research and drug-screening platforms. He has received several awards, including the prestigious NIH Director’s New Innovator Award, NARSAD, Emerald Foundation Young Investigator Award, Surugadai Award from Tokyo University, Rock Star of Innovation from CONNECT, NIH EUREKA Award among others.

The complexity of the human brain, with thousands of neuronal types, permits the development of sophisticated behavioral repertoires, such as language, tool use, self-awareness, symbolic thought, cultural learning and consciousness. Understanding what produces neuronal diversification during brain development has been a longstanding challenge for neuroscientists and may bring insights into the evolution of human cognition. Human pluripotent stem cells have the ability to differentiate in specialized cell types, such as neurons and glia. Moreover, induced pluripotent stem cells can be achieved from living individuals by reprogramming somatic cells that would capture their entire genome in a pluripotent state. From these pluripotent state, it is possible to generate models of the human brain, such as brain organoids. We have been using brain-model technology (BMT) to gain insights on several biological processes, such as human neurodevelopment and evolution. We also applied BMT to measure the impact of genetic variants in autism spectrum disorders and for evolutionary studies. The reconstruction of human synchronized network activity in a dish can help to understand how neural network oscillations might contribute to the social brain. Our findings suggest a potential bridge to the gap between the microscale in vitro neural networks electrophysiology and non-invasive electroencephalogram.