For your viewing convenience, the 2018 In Vitro Biology Meeting Final Program has been broken down by day. 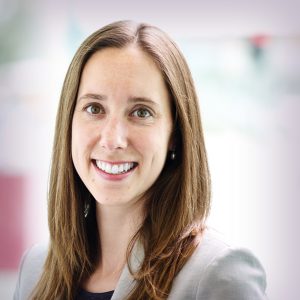 Rachel is a co-founder of Caribou Biosciences and has been President and CEO since its inception. She has a research background in CRISPR-Cas biology, and is also a co-founder of Intellia Therapeutics. In 2014, she was named on Forbes Magazine’s “30 Under 30” list in Science and Healthcare, and in 2016, Fortune Magazine named her to the “40 Under 40” list of the most influential young people in business. Rachel is an inventor on several patents and patent applications covering multiple CRISPR-derived technologies, and she has co-authored scientific papers in high impact journals characterizing CRISPR-Cas systems. Rachel earned an A.B. in Biological Sciences from Harvard College, and received a Ph.D. in Molecular and Cell Biology from the University of California, Berkeley.

Abstract: In the past few years, CRISPR-mediated genome editing has been widely adopted by research labs around the world. While the majority of users are taking advantage of this tool’s utility for basic research, there is vast potential for its use in developing new medicines as well as for animal health and agriculture. This talk will highlight some of the cutting-edge areas of research and product development including ex vivo cell therapies and livestock breeding. Precision editing requires understanding the role that DNA repair biology plays in editing outcomes. We have determined that DNA repair following Cas9 cuts in genomic DNA is nonrandom and consistent across experimental replicates and cell types. Repair outcomes are determined by target sequence rather than genomic context, and the identity of certain nucleotides in the targeted sequence impacts the prevalence and identity of inserted nucleotides at the cut site. Experiments carried out in cultured cell lines are predictive of outcomes in primary cells. Specificity of gene editing is critical, and we have developed the SITE-SeqTM assay to identify all potential off-target sites in an unbiased way. Monitoring these sites after gene editing provides a detailed understanding of any cellular off-target effects. A comprehensive analysis of both repair patterns and specificity supports selection of the best CRISPR reagents to use in therapeutic development or animal breeding.