For your viewing convenience, the 2017 In Vitro Biology Meeting Final Program has been broken down by day. 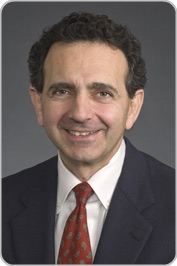 Dr. Atala, Director of the Wake Forest Institute for Regenerative Medicine, is a practicing surgeon and a regenerative medicine researcher. His work focuses on growing human tissues and organs using cells and 3D Printing. He is Editor-in-Chief of Stem Cells Translational Medicine. He is a National Academy of Medicine and National Academy of Inventors member. His work has been listed twice as Time Magazine’s top 10 medical breakthroughs of the year, and he was named by Scientific American as one of the world’s most influential people in biotechnology. He has received numerous awards for his work, including the Edison Science Award, the 2016 Smithsonian Ingenuity Award, and the R&D 2016 Innovator of the Year Award. More than 14 applications of his laboratory technologies have been used clinically. He is the editor of 20 books, has published over 600 journal articles, and has applied/received more than 200 national and international patents.

Abstract:
Patients with diseased or injured organs may be treated with transplanted tissues. There is a severe shortage of donor organs and tissues which is worsening yearly due to the aging population. Regenerative medicine and tissue engineering apply the principles of cell transplantation, material sciences, and bioengineering to construct biological substitutes that may restore and maintain normal function in diseased and injured tissues. Stem cells may offer a potentially limitless source of cells, and 3D bioprinting applications are being utilized for potential therapies and body-on-a-chip technologies for drug discovery and personalized medicine. Recent advances that have occurred in regenerative medicine will be reviewed. Applications of these new technologies that may offer novel therapies for patients with tissue injury and organ failure will be described.