For your viewing convenience, the 2015 In Vitro Biology Meeting Final Program has been broken down by day. 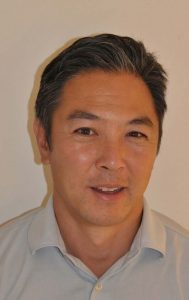 Dr. Calvin Kuo MD, PhD is Professor of Medicine (Hematology) at Stanford University and is Co-lead of the Cancer Biology Program at the Stanford Cancer Center. His research interests include modeling of cancer in 3D organoid cultures, biology of quiescent and proliferating intestinal stem cell populations, and molecular regulation of angiogenesis and the blood-brain barrier with relevance to stroke, cancer and diabetes. He is a member of the American Society for Clinical Investigation and has received awards including an NIH Transformative R01 and an American Heart Association Innovative Science Award. Calvin serves on numerous foundation boards including the AP Giannini Foundation and the American Heart Association Silicon Valley Chapter. He received his A.B. from Harvard College, the M.D. and Ph.D. degrees from Stanford University and performed postdoctoral research at Children’s Hospital, Boston.

Abstract:
Historically, experimental modeling of cancer has used transformed cell lines grown in 2D, with potential disadvantages of prolonged passage, highly complex/uncertain mutational background, and lack of tissue architecture. Alternatively, transgenic mouse models have been used to provide more organismal context, but are less amenable to the facile experimental perturbations of cell culture models. Recent advances have now allowed the growth of primary tissues in as three-dimensional “organoid” cultures that combine the experimental tractability of 2D transformed cell lines with the accurate organ ultrastructure and differentiation of in vivo systems. The development of these robust organoid methods for primary mouse and human GI tissues is a transformative development that now facilitates the development of in vitro cancer models for these corresponding malignancies. For example, we have developed methods for primary organoid culture of diverse wild-type gastrointestinal organs (stomach, intestine, pancreas) and exploited these to achieve the first in vitro oncogenic conversion of primary colon, gastric and pancreatic tissues to adenocarcinoma (Nat. Med., 2009, 2014). Such organoids now provide a tremendous opportunity to initiate gastrointestinal cancer within primary mouse and human tissues and to systematically examine how oncogenes perturb normal homeostasis. Additionally, the application of organoid methods to cancer gene discovery, drug discovery and drug sensitivity profiling, and to address fundamental questions in cancer biology will be discussed.