The SIVB’s Student Award Program provides recognition and financial support for students who have contributed and made outstanding achievements in the field of in vitro biology. Available awards and application criteria for the 2022 In Vitro Biology Meeting are below. Please note that a requirement to apply for the 2022 Awards is that the student will attend and present their work In-Person at the 2022 In Vitro Biology Meeting in San Diego from June 4 – 7, 2022.

The deadline to submit your application has passed.

Winners will be notified prior to the meeting. The student awardees must present their submitted research papers and be present at the 2022 SIVB Business Meeting on Tuesday evening in San Diego. Specific requirements for each of the student awards are below. Should you have questions, please contact the SIVB office by email or by phone (910) 755-5431.

The awards available to students are: 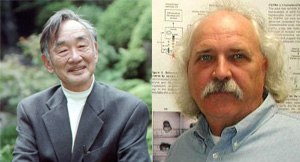 The Gordon Sato and Wally McKeehan Award was established by former students Drs. Gordon Yan and Gloria Zhang, founders of Biovision Inc., to honor their mentors.  Both Dr. Sato (1927-2017) and Dr. McKeehan were long time members of the SIVB serving in governing leadership positions, Editors-in-Chief of In Vitro Cellular and Developmental Biology – Animal and recipients of the SIVB Lifetime Achievement Award.  Dr. Sato and Dr. McKeehan are best known for innovations in mammalian tissue culture including defined media required for discovery and understanding hormones, growth factors and nutrients that mediate cell to cell communication in the tissue microenvironment in health and disease. Dr. Sato was elected to the US National Academy of Sciences in 1984.  Dr. Sato and Dr. McKeehan mentored numerous students who rose to leadership positions in academics, industry, medicine and mentoring internationally.

The purpose of the Gordon Sato and Wally McKeehan Award is to support student participation in the annual SIVB meeting.  A $500 award each is open to two students annually working with vertebrate or invertebrate cells in vitro. The student must submit a one-page resume of professional training and publications, an estimate of travel expenses to the meeting, and a letter of recommendation from a research advisor, along with abstract submission.

The Cellular Toxicology Award is presented annually to a selected full-time graduate student presenting an oral presentation or poster in the field of cellular toxicology at the annual meeting of the SIVB. The award consists of a travel grant of up to $500 to attend the annual meeting and a certificate. Selection is made on the basis of need, originality, relevance to cellular toxicology, and a letter of recommendation from a faculty member.

The Wilton R. Earle Award was created to honor Wilton Robinson Earle (1902 –1964), an American cell biologist known for his research in cell culture techniques and carcinogenesis. From his laboratory came such developments as quantitative methods for analyzing tissue culture, the first test‐tube culture of tissue grown from a single cell, chemically defined media for growing cells on glass surfaces, and an instrument for making motion pictures of cells in culture. Dr. Earle’s work found many, applications in medical research, particularly that into the nature of cancer. He was a pioneer in showing that cells could become cancerous outside the body.

The Earle Award is presented annually to students in the amount of $300 plus eligibility to receive the SIVB Travel Award up to an additional $500. This award is open to students working in all areas of in vitro biology. An estimate of travel expenses must be submitted with the abstract. Students are evaluated on the basis of experimental design, clarity of presentation, and validity of interpretation.

The Honor B. Fell Award was established in recognition of the achievements of the late Dame Honor Bridget Fell (1900 – 1986). Dr. Fell was a British scientist and zoologist. She was in every sense a pioneer, but especially in the field of tissue culture applied to embryogenesis. As Director of the Strangeways Research Laboratory in Cambridge, England at the age of 27, she at once became a leader in the cultivation of embryonic organs (limb buds, knee joints, mandibular skeletal tissue). Besides her work on bone rudiments, she made important contributions through her studies of skin and mucous membranes. Dame Honor was a leader in European as well as British cell and organ culture, and her influence was strong in North America.

The Fell Award recognizes graduate student research accomplishments in the general field of animal organ culture, as demonstrated by presentation of papers at the Annual Meeting of the SIVB. The award consists of a cash prize of $150.

The Hope E. Hopps Award was established in memory of Hope E. Hopps, a member of the SIVB for many years who was a vital force in the expansion of the society as an active member, officer, member of the governing board, and an honorary member. Hope E. Hopps (1926-1988) was a specialist in infectious diseases, immunology, cell biology and vaccine development. Among Hope’s notable scientific contributions were development of a continuous grivet monkey kidney cell line, which was critical for determining the safety of live poliovirus vaccines, and her discovery of the ability of rickettsiae to produce interferon. She was the co-developer of the first subhuman primate cell lines suitable for vaccine production and of the first practical procedure for wide-scale evaluation of rubella immunity. Her efforts to support risky projects and young investigators aided a number of individuals who became renowned cell biologists.

The purpose of the Hopps Award is to recognize a quality student presentation at the Annual Meeting of the SIVB. The $200 award is open to students working in all areas of in vitro biology.

The Joseph F. Morgan Award was created to honor Joseph F. Morgan, (1918 – 1976), a long-time member of the SIVB and Canadian scientist who contributed significantly to the art and science of in vitro biology. He pioneered research in the fields including defined media, cryobiology, amino acid and carbohydrate metabolism, the growth of viruses in vitro and the initial understanding of the post-World War II miracle – antibiotics. Although he missed being a founding member of the Tissue Culture Association by one year, his contributions to the SIVB (TCA), both personal and scientific, were lifelong

The Morgan Award provides travel funds for Canadian students to attend the Annual Meeting of the SIVB in the amount of $100.

The Philip R. White Award was developed in honor of Philip R. White (1901-1968), who was the first to establish indefinite growth of isolated roots and of tumor tissues of plants. His 1930s and 1940s was groundbreaking and played a critical role in the development of modern plant biotechnology and the production of biotech crops. White was one of the best known and most influential figures of his generation in plant cell culture research.

The White Award is used to supplement expenses of an individual for continuing education in plant tissue culture techniques. A stipend of up to $650 is awarded for training at an institution of the awardee’s choice or to attend a professional meeting. The award, honoring Philip R. White, an eminent teacher and researcher in plant cell tissue culture techniques, is judged on the student’s ability to demonstrate interest, scholastic achievement, and need. 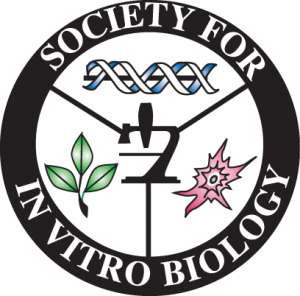 The John S. Song Award was established by John S. Song from Magenta Corporation in Illinois who patented the Plant Culture container and Plant tissue culture vessel and filter wherein the base and cover include means for adjustably setting the gas exchange rate between the interior of the vessel and the ambient, and means for selectively defining a loose or tight fit between the cover and the base. In 1986, he wanted to provide a number of scholarships to promote and stimulate plant cell biology graduate student participation at the Annual Tissue Culture Association (now SIVB) meetings.

The Song Award covers the expenses of students working in plant cell biology. The student must submit a one-page resume of professional training and publications and a letter of recommendation from a research advisor, along with abstract submission. 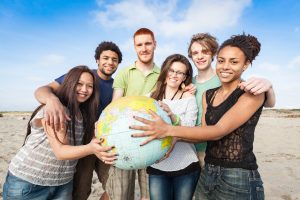 The SIVB Student Travel Awards are open to students working in all areas of in vitro biology. The awards provide travel support up to $500 to attend the Annual Meeting. An estimate of travel expenses must be submitted.