The following article was originally published in the SIVB Newsletter, In Vitro Report, Volume 32.6, November/December 1998 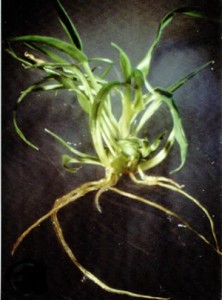 Thirty-five years ago, a relationship developed between the plant tissue culturists and the Tissue Culture Association….culminating in the Plant Division.

This is largely my recollection of events which were initiated about 35 years ago. It concerns the start and development of the International Association for Plant Tissue Culture (IAPTC), the Xth Congress of which is to be held June 2002 in Orlando, Florida. But more important, it concerns the development of a relationship between plant tissue culturists in the U.S. and the Tissue Culture Association (TCA), now known as the Society for In Vitro Biology, which culminated in the Plant Tissue Culture Division. Finally, it concerns the teaching of plant tissue culture at the W. Alton Jones Cell Science Center during the time it was operated by the TCA.

In May 1963, just a few months after returning to the states from Australia, I was very fortunate to attend the International Conference on Plant Tissue Culture held at Pennsylvania State University. This conference, organized by Philip White, was attended by 101 plant scientists, 46 of whom presented papers. This conference established the 1st International Congress of Plant Tissue Culture. Following the Plant Congress, there was a great deal of interest in another such meeting. But there was no formal or established organization to follow through on this task. To keep plant culturists informed of progress towards another meeting, as well as developments in the field, Jacque Lipetz and Tom Stonier (Manhattan College, New York), Walter Tulecke (Boyce Thompson Institute, Yonkers, N.Y), and I decided to start a newsletter. We called that newsletter ExPlants. The business of finding a venue for the 2nd International Congress was almost beyond us, and was only realized by the intervention of Professor H. E. Street, University of Leicester, England. Street prevailed upon Professor Leon Hirsch, University of Strasbourg, France to organize and host the next Congress. Subsequently, the 2nd International Congress was held July 1970 in Strasbourg, seven years after the first Congress. In additional to the scientific papers presented in Strasbourg, the rudiment organization IAPTC was established. The IAPTC board consisted of a representative from each national group present. These representatives then elected Professor Street to chair the IAPTC and host the next International Congress. I was elected secretary, until the 1974 3rd International Congress in Leicester, and was charged with developing the IAPTC constitution. The elected representatives then became the model for the position of National Correspondent for each country. In addition, the Correspondents were responsible for the distribution of the organization newsletter and collection of membership dues. Until 1980, I filled in as the IAPTC Correspondent in the U.S. For countries where funds were limited or restricted by international borders, one copy of the newsletter was sent to the Correspondent. It was with the understanding that the newsletter would be copied and circulated within that country, and no dues would be paid to the IAPTC treasury. This was done to include plant tissue culturists who were politically isolated from the rest of the world, and to give them a pipeline to current developments in the field. As the numbers of plant tissue culturists grew within IAPTC, the International Congress came to be held at four-year intervals.

A couple of years before the IAPTC meeting in Strasbourg, the TCA built a training in Lake Placid, N.Y., where provided short, but very intensive courses in tissue culture. This new facility, the W. Alton Jones Cell Science Center was dedicated on June 9th, 1971, and the first course taught there was a course on Plant Tissue Culture. This general course was taught to about 18 plant scientists from 1971 to 1981. Twice a year Toshio Murashige, Riverside, CA, taught a 3-day course on plant propagation at the Center. With a number of people being added to the cadre interested in plant tissue culture, the feeling developed that an annual meeting of plant tissue culturists within the U.S was needed. The TCA Program Committee agreed to include sessions on plant tissue culture during the annual meeting. Eventually the plant-related sessions increased, plant tissue culturists became members of the Program Committee and Council, and finally the Plant Division became a structure within the TCA. The Plant Division filled the role of a U.S. Plant Tissue Culture Association, and the TCA provided both a venue and support of an annual professional meeting. While I am not clear on all the details, I think that the ExPlants, which Lipets, Stonier, Tulecke and I started, was taken into the TCA Report. I cannot remember whether the ExPlant name was used for a TCA-wide newsletter and subsequently became used for a section devoted to plant tissue culture, or whether it has always been associated with plant tissue culture. As the title of an information vehicle, ExPlants seems to have gone through several reincarnations and a number of forms over the last 35 years.

As time changes many events, in 1981 the relationship between the TCA and the W. Alton Jones Cell Science Center ended, and tissue culture course ceased to be offered there. This termination had its beginning at the start of the Center’s project. Part of the agreement associated with the building of the Cell Science Center was that Mrs. Jones agreed to provide the Center with a $500, 000/year endowment for 10 years. The interest from the endowment fund would support the Center’s operating costs. For several reasons, that endowment fund never materialized. As a result, the Jones Foundation decided not to continue its support of the Center, and asked the TCA to relinquish control and ownership. That was done, and from then on the Center operated under its own board of directors as a research center. During the time it was operated by the TCA, the Center was an outstanding teaching facility. However, the severe winters in Lake Placid placed a major limitation on the time period in which short courses could be taught there. To extend the use of the facilities, the Center developed a relationship with the State University of New York (SUNY). Under this relationship, SUNY senior graduate students spent two semesters in an intensive In Vitro Cell Biology course. In this way, the Cell Science Center extended its teaching to a group of people who were not previously committed to tissue culture/in vitro cell biology. This further increased the number of interested and trained people beyond the traditional clientele.

The changes that I have had the pleasure of watching and being a part of, were those initiated by Philip White at the first plant conference. White recognized that there was a small number of people, spread over the world, who were working on various aspects of plant tissue culture. Further, he recognized that this field would be well-served by getting the practitioners together for discussion and stimulation of ideas. The events which I have described are the collective meandering and pragmatic decisions made to fulfill the needs of plants tissue culture that White recognized 1963.

Dr. Dougall is Emeritus Professor of Botany, University of Tennessee at Knoxville, TN, where he continues his work in the Department of Chemistry on anthocyanin pigments from tissue cultures. A Senior Scientist with the W. Alton Jones Cell Science Center from 1971 to 1982, he developed and taught courses in plant cell and tissue culture. From 1982 until his 1996 retirement, Dr. Dougall was Research Professor, Department of Botany, Director Biotechnology Graduate Program, and a member of the cross-departmental Plant Physiology and Genetics graduate programs.s

Tweets by @SIVBiology
View Calendar
Submit your event for inclusion in our calendar.

Policy | About SIVB | Privacy Policy | Contact Us | Site Map
Society for In Vitro Biology 514 Daniels St., Suite 411 Raleigh, NC 27605 Phone: (910) 755-5431 Fax: (910) 755-5432
© 2016. All Rights Reserved.
Site created by Satori Digital Marketing original theme Frontier Theme.
Frontier Theme
By clicking "Continue" or continuing to use our site, you acknowledge that you accept our Privacy Policy and Disclaimers. We also use cookies to provide you with the best possible experience on our website. Feel free to check out our policies anytime for more information.