The following article was originally published in the SIVB Newsletter, In Vitro Report, Issue 31.5, September/October 1997.

History of the Society for In Vitro Biology

“The dispersal of the art, then the science of tissue culture from a small group of cognoscenti to an increasing number of scientists who saw its potential is an important part of this history – Sergey Fedoroff

Development and Growth
The history of the Society for In Vitro Biology (SIVB) owes its structure, development, and role in the scientific and biotechnology community to the parent line of the Tissue Culture Association. In 1948, the National Research Council committees on Cellular Physiology, Cytochemistry, and Nutrition held a tissue culture conference at Hershey Pennsylvania. This meeting was attended by scientists actively engaged in various aspects of cellular nutrition and growth of human, animal, insect and plant cells. The result of this scientific meeting was the establishment of the Tissue Culture Commission (TCC) which subsequently became known as the Tissue Culture Association (TCA).

The goal of the Hershey Conference was to establish a set of parameters by which the problems, associated with the constitution and fractionation of nutritive media, could be documented, and studied. The conference focused on three main issues: nutritional requirements of animal cells; accurate measurement of cell growth; and the possibility of preparing synthetic media capable of sustaining the growth of animal cells in vitro. During the last meeting of the conference, sixteen of the 30 scientists attending the conference met to discuss the formation of the TCC. The original aims of establishing the commission were based solely on issues related to centralizing information and resources. This would give investigators more time to devote to basic research: The issues of interest were to: determine the kinds of media needed by investigators; to evaluate the possibility of preparing media in a central laboratory for distribution at a modest cost; and to prepare a reference guide of published research specific for the area of tissue culture. The TCC remained active for four years, during which membership increased to more than 250 participating scientists. One-fourth of the TCC membership was from foreign countries, which is approximate to the representation that we have currently in the association.

The increased TCC membership and the interest in developing in vitro systems during the interval 1949 – 1950 led to the formation of the TCA. The formation of the TCA was a result of the General Business Meeting held April 14, 1949, during the American Association of Anatomists Conference, in Philadelphia. Since the TCA was formed without a constitution, the past officers of the TCC remained as interim officers of the TCA. These officers were: 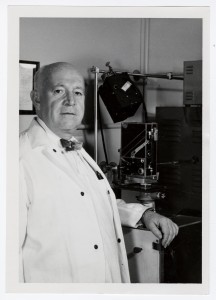 The major objectives of the TCA were to introduce scientists to tissue culture methodology, and train technical personnel. Between the late 1940s and 1964, a number of tissue culture courses were offered by scientists in academic institutions across the country. The success of these courses was the work of many individuals. However, it was Dr. Charles Pomerat, who was primarily responsible for the technical and instructional development of these courses. Following the success of the tissue culture courses, a group of individuals organized by Drs. George Gey and Pomerat, negotiated to find a permanent site to offer these instructional courses. In June 1971, the TCA received a gift of land and a building at Lake Placid New York. This site was dedicated as the W. Alton Jones Cell Science Center. Courses in tissue culture were offered at the center from 1971 until 1982. In 1982, ownership of the Cell Science Center was relinquished to the W. Alton Jones Foundation.

Contributions to Tissue Culture
Members of the TCA have made numerous contributions to the field of tissue culture. It would be impossible to mention all of the important contributions. A few have been selected that demonstrate the growth of In Vitro biotechnology. These contributions include:

In 1992, the Membership Committee of the TCA, Chaired by Dr. Warren Schaffer, canvassed the membership to determine what could be done to strengthen the organization. The committee recommended to then TCA President, Dr. Elliot Levine the following recommendations: 1) the name of the association be changed to better reflect the current research of the membership, and 2) that a matrix organization be drawn up by which new members could see the range of the research activities of current members. Following these recommendations, a task force was assembled to suggest a new name for the TCA and implement an organizational matrix, based on specific interest and expertise. The association members who formed the task force included: Warren Schaffer, Delia Bethell, Gretchen Darlington, Helene Guttman, Robert Lawrence, Elliot Levine and Martha Wright. The name selected for the association was the Society for In Vitro Biology. The name change from the TCA to the SIVB was voted on and accepted by the membership in 1993.

The Role of the History Society
The History Society had its beginning in 1979, at an informal meeting in Seattle, Washington. The informal format was small group discussions of interested members, who wanted to establish a format to document the history of the association. Following these discussions, a letter was drafted by the History Society Organizing Committee stating, “For some time, there has been a group of us who are concerned about the chaos that exists in the history of tissue culture. We recognize a need for a program to preserve historical information relating to the development of tissue culture and are particularly concerned about the diminishing availability of much of this information by the deaths of some of our members.” During the 1980 TCA meeting in St. Louis, a decision was made to establish a History Society component of the association. A highlight of this meeting was Keith Porter’s recall of the events about the formation of the TCC and the TCA. A History Society constitution was drafted and approved by the TCA at the 1981 annual meeting in Washington, D.C. The first officers of the History Society were:

The first History Society program, held during the 1981 TCA meeting, was given by Dr. Katherine Stanford. Dr. Stanford’s lecture was on the work of Dr. Wilton Earle at the National Institutes of Health.

The 50 year history of the TCA, and now the Society for In Vitro Biology (SIVB) has been represented by many of the pioneers of tissue culture, and their scientific application to in vitro biology. The work of these scientists, as well as the development of in vitro biology, has been promoted and preserved by the association’s History Society. The archives of the association’s accomplishments and scientific contributions are held at The University of Maryland Baltimore County Library. An additional archive is part of the private collection of Dr. George Gey, housed in the Johns Hopkins Medical Institute Archives, Baltimore, MD. The History Society welcomes all to visit the society archive holdings. The historical past allows the scientific community better understand the SIVB, and to recognize the scientists who have made major contributions to biotechnology. The Society for In Vitro Biology provides a mechanism which continues to promote, support and lead scientific and educational integrity and competence in in vitro biology. 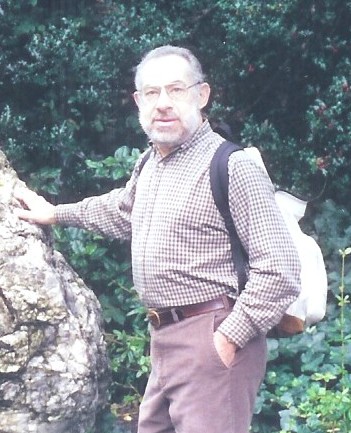 Dr. Leonard J. Schiff, passed away on September 13, 2007 at his home in Denver, Colorado. Dr. Schiff joined the SIVB in 1974, when it was known as the Tissue Culture Association (TCA). An active member, colleague, and friend, he was recognized and received Cellular Toxicology Fellow status in 2004 for his scientific work and generous contributions to the Society. He served as President of the Midwest Tissue Culture Association from 1981 to 1983. In addition to his roles as a reviewing editor of In Vitro Cellular and Development Biology—Animal, editorial board member of In Vitro Toxicology, and Cellular Toxicology Section scientific speaker and symposium convener, Dr. Schiff was active in the TCA/SIVB Records and Historical Committee. He served as the Records and Historical Committee and Historical Society Secretary 1994–1995, President-elect 1995–1996, and President 1996–2005. Dr. Schiff organized many History Society programs and events.

The Future of SIVB

The focus of the SIVB has continued to evolve as the field of tissue culture and the needs of researchers have changed. In 2003, SIVB instituted a Student Initiative to address their commitment to the future endeavors of science and to encourage the continued professional growth of future researchers, entrepreneurs, educators, scientists, and others with an interest in cell biology. All students who have attended the SIVB Annual Meetings have received free registration to the scientific sessions and free 1-year membership to the Society in the following year. As of 2014, hundreds of students have benefitted from this program and the SIVB has expanded to include a Student Committee who plans their own program at the yearly annual meetings.

In June 2003, the Plant Section was renamed the Plant Biotechnology Section (PBS) by vote during the annual meeting. This decision included a revised description of Plant membership as follows: “Plant biotechnology may be defined as the application of knowledge obtained from study of the life sciences to provide technological benefit to plant biology. Plant biotechnology includes all forms of plant tissue culture, biochemistry, and molecular biology, and genomic methodologies applied to the plant sciences, including the study of whole plants derived from plant tissue culture and/or molecular techniques.”

In June 2005, the separate Cellular Toxicology and Vertebrate sections voted to merge into one section to become the In Vitro Animal Cell Sciences (IVACS) section and the Invertebrate Section voted to also merge into this section in January 2006. At an assimilation exercise during the Annual Meeting, the IVACS membership confirmed that the consolidation reflected both historical consistency and an authentic overlap in the vertebrate, invertebrate and cellular toxicology fields and noted many anticipated benefits from the merger, including increased attendance in scientific sessions; streamlined meeting program; consolidated administrative and fund raising efforts; attractiveness to potential new members and sponsors; exposure to a broader range of research topics; increased interaction with more SIVB members and greater cross fertilization of ideas and synergy.

As Dr. Schiff so aptly explained 20 years ago, “The Society for In Vitro Biology provides a mechanism which continues to promote, support and lead scientific and educational integrity and competence in in vitro biology.” As SIVB reaches toward its 70th year, we continue to look to the future of Tissue Culture and Biotechnology and how we as an organization can help to “promote, support and lead” this work.

Other articles on the History of the SIVB:

Creation of the SIVB Plant Section

Tweets by @SIVBiology
View Calendar
Submit your event for inclusion in our calendar.

Policy | About SIVB | Privacy Policy | Contact Us | Site Map
Society for In Vitro Biology 514 Daniels St., Suite 411 Raleigh, NC 27605 Phone: (910) 755-5431 Fax: (910) 755-5432
© 2016. All Rights Reserved.
Site created by Satori Digital Marketing original theme Frontier Theme.
Frontier Theme
By clicking "Continue" or continuing to use our site, you acknowledge that you accept our Privacy Policy and Disclaimers. We also use cookies to provide you with the best possible experience on our website. Feel free to check out our policies anytime for more information.